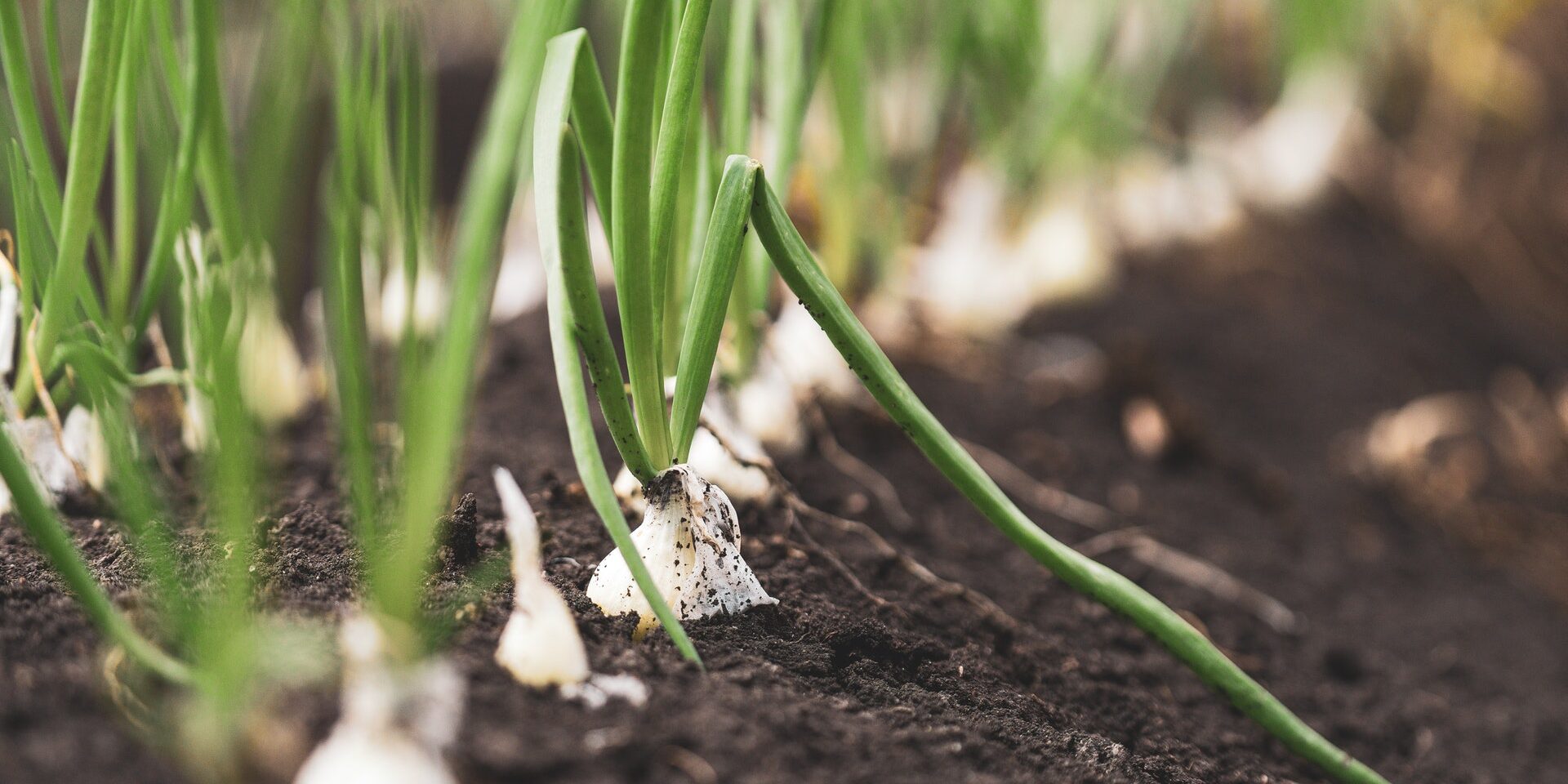 With Christmas approaching, you may be thinking of presents for your nearest and dearest. Five gold rings would be nice, or even a partridge in a pear tree. How about a string of onions?

Before World War II, 90% of onions, a staple of British cooking, were imported into Britain, although they could so easily have been grown in British soil. After the outbreak of war, merchant vessels carrying provisions into Britain became targets of the German navy and food imports, including fruit and vegetables, were under threat. In addition, the winter of 1939-40 was the coldest for 45 years and vegetables could not be dug from the frozen earth. There was an acute shortage of onions and gardeners then found that crop after crop was destroyed by a particularly virulent variety of blight.

Onions were a stock item for those who grew their own food and the shortage continued right up to the last year of the war. Indeed, onions became so scarce that they were considered a luxurious gift. A report in the 18 January 1941 edition of Garden Work magazine tells of a parcel which ended up in a ‘dead letter’ office because its labels had been lost. It contained 14 lb. of onions and at least seventy people applied for it before it was delivered to its rightful owner!

They were also so highly prized that in February 1941 a raffle of a pound and a half of onions raised £4.3s.3d, nearly a week’s wages. They were popular prizes at Warship Week raffles, dances and social events and no one would have been surprised if they had been given as a present for a housewarming or even a wedding. Alternatives such as spring onions, shallots and leeks were also planted and sought after.

A Cheshire doctor remembers ‘taking home in triumph’ the best gift he ever received from a grateful patient: a large Spanish onion. One ‘aunt’ on Children’s Hour (a popular radio programme), ‘wishing lots of presents’ to one small listener, added, “I did hear of a lucky girl the other day who was given some onions, but we can’t all expect a lovely present like that.”

As a child, my Christmas stocking included an apple, orange and a bag of nuts. Only now do I think that my parents probably hoped that I would include a bag of onions on my wish list to Santa.

Nettles by Paul Freeborough (Volunteer)
July 14, 2021
News posts from STAA
Sign up to our e-newsletter
STAA on Facebook

This website uses cookies to improve your experience while you navigate through the website. Out of these, the cookies that are categorized as necessary are stored on your browser as they are essential for the working of basic functionalities of the website. We also use third-party cookies that help us analyze and understand how you use this website. These cookies will be stored in your browser only with your consent. You also have the option to opt-out of these cookies. But opting out of some of these cookies may affect your browsing experience.
Necessary Always Enabled
Necessary cookies are absolutely essential for the website to function properly. This category only includes cookies that ensures basic functionalities and security features of the website. These cookies do not store any personal information.
Non-necessary
Any cookies that may not be particularly necessary for the website to function and is used specifically to collect user personal data via analytics, ads, other embedded contents are termed as non-necessary cookies. It is mandatory to procure user consent prior to running these cookies on your website.
SAVE & ACCEPT
Zoom level
Contrast options
Accessibility by WAH